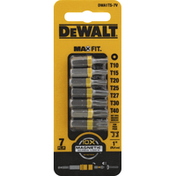 You might have gotten your first taste of pollock at a Friday fish fry or after ordering fish sticks and chips at a restaurant. Pollock is one of only a couple of fish recommended for deep frying for those particular dishes. Cod, which is in the same family as pollock, is the other fish that's frequently used for fish fry or fish and chips. While great for frying, pollock steaks can also be prepared in many delicious ways, providing you and your family with the health benefits of a popular and nutritionally dense fish.

Native to the North Atlantic Ocean, pollock can grow quite large, reaching as much as 3.5 feet long and weighing close to 50 pounds. There are only two species of pollock. The second species is known as the coalfish and is generally only marketed within the United Kingdom. As a member of the whitefish family, pollock produces flaky, white meat. The fish is available both fresh and frozen in most supermarkets.

Pollock steaks can be a centerpiece in any number of delicious dishes. Some of the most popular pollock recipes include garlic butter poached pollock, sauteed wild Alaska pollock with parmesan cheese, Alaska pollock with noodles, lemon-dill pollock, and pan-fried pollock fillet on a bed of pureed potatoes. Pollock steaks can also be cooked and sliced or shredded to be added to tacos, salads, or other types of meals. One thing you should not do is eat pollock raw. It is deemed by most authorities not safe to do so.

Pollock Steaks Near Me

Buy your favorite pollock steaks online with Instacart. Order pollock steaks from local and national retailers near you and enjoy on-demand, contactless delivery or pickup within 2 hours.

It's easy to assume that the two fish are the same, because they exist in the same family and provide flaky white meat. However, cooking experts say that pollock has a milder taste than cod. Pollock tends to fall apart more quickly if left over the heat too long, while cod is more successful at holding its shape during the cooking process.

Nutritionally, pollock and cod are carbon copies of each other. In fact, the list of similarities is much longer than the list of differences.
First, pollock will last in a refrigerator for about three days unopened. Make sure you do not open your package of fish until you are ready to cook it. Once exposed to the air, the flavor and consistency of pollock start to decline.

If your timeline for cooking is longer than a few days, you can freeze pollock. It is best to keep the fish in its original package. Wrap that package in aluminum foil, plastic wrap, or freezer paper. Then, place the whole package into a freezer bag and slide it into the freezer. The recommended temperature for best results in freezing pollock steaks is 0 degrees Fahrenheit. This method of storage will give you another two months before having to take the pollock out and begin preparing it as a delicious seafood meal.

Put pollock steaks on your shopping list today. Add them to your shopping cart in the Instacart app and let Instacart shoppers do the work of picking out the right fish and delivering it to your door! Shoppers can also pick out other grocery items and household needs on the same trip, saving you time and money.