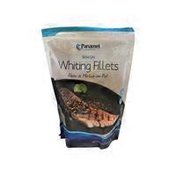 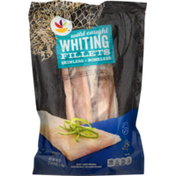 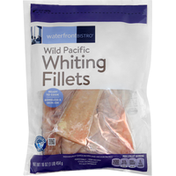 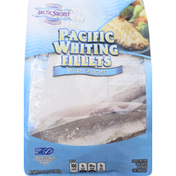 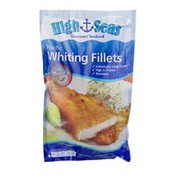 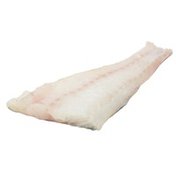 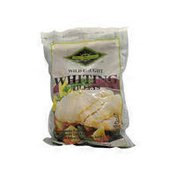 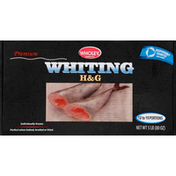 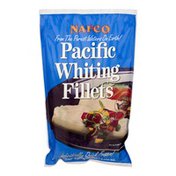 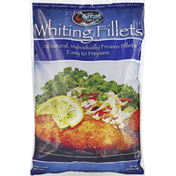 The Instacart guide to whiting

There are so many fishes to choose from in the supermarket that it can be hard to decide which type to buy. Fish vary greatly in flavor depending on where it was fished, how it was raised, and the kind of fish itself. Whiting is not as well known as, let's say, salmon, but it's an underrated fish that can bring a lot of flavor to your table. Give whiting a chance to be part of the main course meal, and it won't disappoint—as long as it's cooked simply.

"Whiting" actually refers to a variety of fish that can be found in the North Atlantic, Mediterranean, and North Seas and off the East coast of Britain. From the family Gadidae, the Pacific whiting is the most consumed in the U.S. and has a round shape and silver color. It can live up to 15 years and can grow up to 3ft in length. The Pacific whiting is usually caught along the coasts off Washington, California, and Oregon, while the silver hake, also known as Atlantic whiting, is caught in the Atlantic from Maine to South Carolina.

Whiting is low in mercury, so it's safer to consume than other types of fish, like king mackerel and swordfish. It can be eaten raw or cooked and is a cousin of the Atlantic cod fish. Whiting has a more delicate texture and flavor than cod, and it usually doesn't need a lot of spices or herbs to bring out its true flavor.

Often compared to tilapia, whiting has less fat while also offering a healthy amount of vitamins and minerals like omega-3 fatty acids, vitamin B, magnesium, phosphorus, and potassium. A varied diet that includes fish which have these vitamins is essential to a healthy lifestyle and supports the neurological and cardiovascular systems.

Whiting can be found in the American and European continents and is not talked about as much as it should be. This type of fish is underrated compared to its cod cousin, but it has an even more delicate flavor and is less expensive. Whiting should be cooked without overpowering its delicate taste or overcooking it to the point where it dries out.

Buy your favorite whiting online with Instacart. Order whiting from local and national retailers near you and enjoy on-demand, contactless delivery or pickup within 2 hours.

As with most seafood dishes, a nice white wine is a great pair with whiting. Wines like Chardonnay, Sauvignon Blanc, Pinot Grigio, and Prosecco are great matches for fish.
Whiting is an inexpensive seafood and is comparable in price to tilapia, so it's a good bargain fish to try out.

If you're looking to buy some whiting without heading to the supermarket, open the Instacart app to shop for some items to cook up a delicious meal. An Instacart shopper will head to the store for you and select the items you need, and with same-day delivery usually available, your groceries can be delivered to your door!

Just open the Instacart app, head to the seafood section to select whiting fish, and put it in your cart. Once you're done shopping, complete your purchase, and leave the rest to the Instacart shopper. You can start to think of which sides or drinks would be best to enjoy with your whiting, or just sit back and relax.