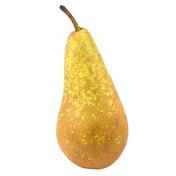 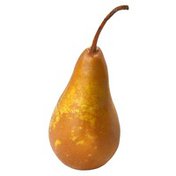 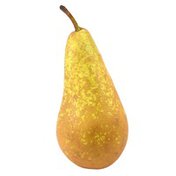 The Instacart guide to Conference pears

A Conference pear has many similarities to the Bosc pear. It grows with a narrow, rounded base that tapers upward to a long, thin neck. It has thick, mottled green skin with light russeting caused by weather. When the Conference pear is ripe, it turns a pale yellow. Inside, the flesh has an ivory-cream color, soft texture, and sweetness that melts in your mouth.

Conference pears are an open-pollinated botanical belonging to the Rosaceae family, along with peaches, apricots, and apples. In Belgium, the Conference pear goes by the name Belgium pear because of its native parent, the Leon LeClerc de Laval pear. It is perhaps the most well-known pear in England. Its ability to be stored for long periods of time without spoiling has made it a valuable export.

Conference Pear Near Me

Buy your favorite conference pear online with Instacart. Order conference pear from local and national retailers near you and enjoy on-demand, contactless delivery or pickup within 2 hours.

Yes, Conference pears are rich in vitamins and minerals and are high in fiber, making them a great snack or cooking ingredient as part of a healthy diet. A medium pear has around 6 grams of fiber. The soluble fiber feeds the good bacteria in your system, which promotes good gut health and regularity. Fiber also slows down digestion, allowing the body to absorb sugars slower, reducing the risk of type 2 diabetes. Pears are rich in antioxidants linked to preventing certain types of cancer and promoting good heart and blood vessel health.

Conference pears are a good source of vitamin C, which has many health benefits, including anti-inflammatory properties. Pears also contain quercetin, a compound known for lowering blood pressure and reducing heart disease.
When snacking on a pear, all you need to do is wash it before eating it. If you keep your pears in the refrigerator, you should let them stand at room temperature for up to one hour for the best flavor. You can slice the conference pear thin and top your favorite salad with it or dip the slices in chocolate and enjoy them like strawberries.

Pears also make excellent jam or jelly, or you can make a compote by cooking them in simple syrup for use as a sweet topping on your favorite dessert. You can also make them into a crumble like apples and peaches. However you choose to enjoy them, Conference pears are delicious.