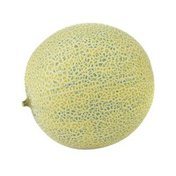 Also known as banana blossoms, banana flowers are the flowers that grow on the end of a banana plant. This reddish-purple, teardrop-shaped flower is edible and is quite common in Asia. They are also often used when preparing Southeast Asian and Indian cooking. Many people enjoy eating them raw or using them in salads, curries, and soups. Because of their chunky, flaky texture, banana flowers make a great substitution for fish.

The outer leaves of banana flowers are called bracts. This part of the banana blossom is not edible, but it can be used as a dish or platter to serve food. Once you remove the bracts, you will see a row of delicate yellow-tipped flowers. This is the edible portion of the banana blossom.

Banana flowers grow in groups of blossoms called hands, as they resemble tiny fingers. These beautiful delicate blossoms are sometimes called banana hearts. Banana flowers can be found in roadside stands and farmers' markets where bananas are grown. If you don't live in a tropical location, you can find banana flowers at Asian or Indian food stores and specialty grocery markets. They can be located in the produce department, in the canned food section, and in frozen foods. If you're only using them in a cooked recipe, frozen banana flowers are fine. They don't thaw well, so avoid using frozen flowers in salads or eating them raw.

Although they come from banana plants, banana flowers do not taste much like bananas. They do have a similar fragrance as the sweet yellow fruit. Some people think they taste and look like artichoke leaves, hearts of palm, or bamboo shoots. While these flowers are soft, they also tend to offer a nice light crunch.

It's best to use banana flowers right after picking them as they can spoil easily once harvested. If you purchase them at a market rather than a fruit stand, you will want to cook them within one to two days. If you don't plan on using them right away, you can store them in a sealed plastic bag in the refrigerator. This will keep them fresh for at least three days.

Mayan Melons Near Me

Buy your favorite mayan melons online with Instacart. Order mayan melons from local and national retailers near you and enjoy on-demand, contactless delivery or pickup within 2 hours.

Cooking with banana flowers is not the same as cooking with bananas. While they have a similar fragrance, they have very different textures and tastes. Banana flowers are added to salads, curries, stir-fries, and fritters in Asia. They are also used as a filling in pastries, quiches, and other baked goods in Brazil. When serving raw, younger banana blossoms are perfect for this type of food preparation. They are very tasty in salads as the younger flowers are less bitter than their older counterparts.
Banana flowers are filled with many nutritional and healthy benefits. They contain calcium which helps build and maintain strong bones. Just like bananas, they are also rich in potassium, a mineral that regulates fluid balance, muscle contractions, and nerve signals. Banana flowers are also rich in vitamins A, C, and E. Vitamin A is crucial in eye and bone health and supports a healthy immune system. Vitamin C is essential in the growth, development, and repair of all body tissues. Vitamin E has antioxidant properties that help fight the effects of free radicals.
Due to their bitterness, banana flowers need to be soaked. First, remove the deep red-purple leaves. Next, gently remove the yellow-white banana flowers and soak them in a mixture of water with lemon juice or vinegar. A good ratio to use is 1 tablespoon of acid or vinegar for every 2 cups of water. Soaking the blossoms will also prevent any browning on the delicate innermost leaves.