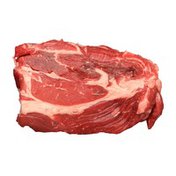 Whole Beef Round Bottom Flat in Crovac
per lb 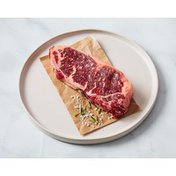 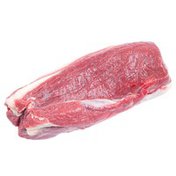 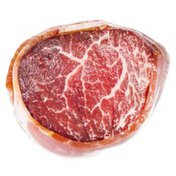 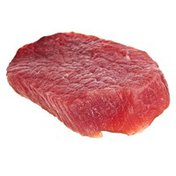 One of the star cuts of grilling and roasting, the bottom sirloin flat meat is an incredibly versatile boneless cut of meat with a generous, finely textured grain. Alternatively known as flap meat, sirloin tip, or flap steak, this thin, lean cut of steak is delicious no matter how you slice it. Equally great as a meal for two or to share as part of a mixed grill affair, the bottom sirloin flat meat cut is enticing in many types of cuisine. It is a terrific vehicle for a marinade and has increased in popularity in French and Latin American cuisine in recent years. Bottom sirloin flat meat is so rich in flavor that you would never suspect that it is, in fact, priced on the value end of the budget scale, making it as economical as it is mouth-wateringly delicious.

Bottom Sirloin Flat Meat Near Me

Once you have grilled your meat to perfection, take a bit of time to slice the steak to a delicious effect carefully. When slicing a steak of this kind of thickness, it should always be cut in thin slices against the meat's grain to make the meat fibers shorter and therefore easier to chew. And make sure to prepare extra, as your guests will more than likely be heading back to the kitchen for seconds and even thirds!
While many cuts of beef are best served at medium-rare, a flap cut of meat like the bottom sirloin flat meat is generally tastier when it is cooked closer to a medium sear. If it is cooked too rare, it can be unpleasantly chewy and flavorless, while overcooked meat will render it dry and too tough to really enjoy. A good rule of thumb is to cook this meat until an internal meat thermometer registers 140 degrees Fahrenheit. Remove the meat from the grill and let it rest for a few minutes before slicing and serving. The meat will be pinkish, tender, and truly delicious.
If you have bought extra meat and wish to freeze it for another time, simply remove the steak from the store packaging and wrap it tightly in at least two layers of plastic wrap followed by aluminum foil. When the meat is wrapped tightly, it is more likely to keep out freezer burn, which can harm the taste. For the best results, try to use the steak within about six months, although some meat connoisseurs feel that well-wrapped cuts of beef can stay frozen for up to 12 months.

Whether you are buying fresh steak for tonight's dinner or preparing for a larger event, count on Instacart to make your day a little easier. Fill your cart with everything you need, and Instacart will have it to your door with same-day delivery!