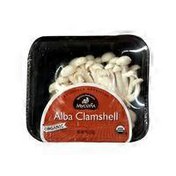 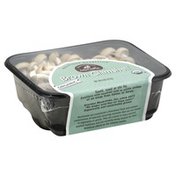 Overall, clamshell mushrooms are slightly crunchy, and they develop a nutty flavor when you cook them. In fact, any type of heat that you incorporate into clamshell mushrooms will bring out an earthy flavor perfect for pairing with a wide variety of poultry, meats, seafood, and wild game. These mushrooms are ideal ingredients in an extensive array of recipes, including sauces, soups, stews, and stir-fries.

Thanks to their rich flavor, clamshell mushrooms are considered a gourmet variety of oyster-like mushrooms. You can expect a firm, somewhat crunchy texture and a mildly nutty, sweet taste when you eat these mushrooms.

Clamshell Mushrooms Near Me