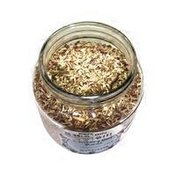 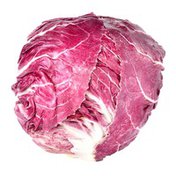 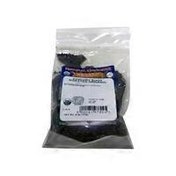 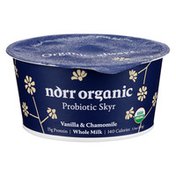 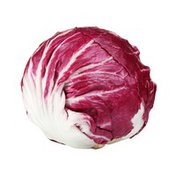 The Instacart guide to chicory

The chicory plant has been prized as a medicinal and flavorful plant for thousands of years. It is an Old World plant that now grows around the world. You'll find multiple forms of chicory, depending on the part of the plant and your location.

There is much confusion between the chicory and endive. These are sometimes used interchangeably, but they are different. Endives have pale green, tight leaves, while chicories have darker green, curly leaves. The United States calls endives what the United Kingdom calls chicory, and vice versa. To further the confusion, people often refer to radicchios as chicory. You can identify the radicchio by its tightly packed reddish-purple leaves. Despite this distinction, the radicchio is still a type of chicory.

Chicory is a unique plant that serves a few purposes. Its leaves can be used in cuisine, especially in salads. In the United States, one of the most popular ways to use chicory is to grind up its roots to make chicory coffee, which is sometimes called New Orleans coffee. From ground chicory root supplements to adding the perfect touch to your summertime salads, a chicory plant has a lot you can do with it.

Buy your favorite chicory online with Instacart. Order chicory from local and national retailers near you and enjoy on-demand, contactless delivery or pickup within 2 hours.

Chicory root is said to be good for liver and heart health. It's also used to combat constipation, and the root is confirmed to contain inulin, a prebiotic fiber. People have been using chicory for its medicinal effects for thousands of years, but the science behind it is yet to be proven. No substantial studies have been conducted about chicory's possible side effects, but some have said it causes minor gastrointestinal difficulties.

People who have allergies should check with their doctor to make sure it's safe for them to ingest chicory. If you're allergic to plants in the Asteraceae or Compositae families, don't use chicory.
Keep your leafy chicory in the crisper or vegetable drawer in your refrigerator. Place it in an unsealed plastic bag to avoid moisture buildup, which can make your leafy chicory go bad sooner. Leafy chicory lasts for a week or thereabout, so it's best that you only purchase what you plan on preparing soon.

Chicory root can last for weeks if it's dry. Try to keep moisture out of your dried, ground chicory root to keep it fresh for about a month or two.

Whether you're looking for chicory, endives, or radicchio, you can use Instacart to see what the grocery stores in your area have to offer. Visit our website or download the Instacart app to shop at some of your favorite stores right from your phone. Once you find what you're looking for, you can order it for pickup or delivery depending on what that store offers! Instacart shoppers will head out and collect the items you ordered, saving you all the time you would spend browsing the store aisles yourself. Make your to-do list easier with Instacart today!