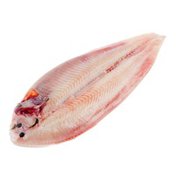 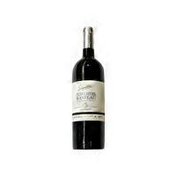 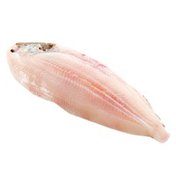 The Instacart guide to Dover

The Dover flatfish lives in the muddy seabeds of the Mediterranean Sea and the northern Atlantic Ocean. The Dover is named after the English village where it was most fished in the 19th century. Dover found in the U.K. is different from the Dover that can be bought in the U.S.

The European Dover is different from the one found in North America. This type of Dover is gray or brown on top and white on the bottom. It has both eyes on one side of its head and has a flat, oval body shape. It can weigh between 2-4 pounds as an adult, and it grows to about 70 centimeters in length.

Many people have enjoyed cooking with Dover since it's so widely available. Today, it can be found in the seas surrounding the U.K., Italy, Spain, France, and northern Africa. It can also be fished in the Pacific Ocean from Alaska to northern Mexico. If you're buying Dover in the U.S., you are most likely buying the Pacific Dover variety.

Dover can be enjoyed in many ways at home. You can bake, pan-fry, steam, or grill Dover fillets, but they should not be overcooked. It doesn't take more than ten minutes to grill Dover, about twenty minutes to bake it, and ten minutes to fry it. A hearty meal can be made by adding a side of vegetables, rice, or French fries. At the store, you can buy frozen fillets so you don't have to carve the Dover from scratch and can get to cooking right away.

Dover is prized for being easy to cook and is usually sold as fillets. Chefs also enjoy cooking Dover because of its buttery and versatile flavor.

Buy your favorite dover online with Instacart. Order dover fillets, dover steaks, and more from local and national retailers near you and enjoy on-demand, contactless delivery or pickup within 2 hours.

Like most foods and seafood dishes, Dover is best paired with a glass of white wine. The kind of ingredients you use for a particular dish will dictate the white wine you choose. For the most part, you should choose a white wine that doesn't overpower Dover's rich flavor. Wines like Chardonnay, Sauvignon Blanc, and White Bordeaux are good choices.
Although the skin can crisp up, it's best not to eat the skin of Dover because it has a leathery texture that is not appetizing.

Order via Instacart to save the time you would have spent heading to the grocery store and waiting in line. An Instacart shopper will do the work for you and usually be able to deliver your order within the same day! Instacart has a variety of items to choose from, even Dover fish, so you can start to think about which recipe to use for dinner.

All you have to do is head to the Instacart app, go to the fish section and select the Dover fillets you want. These will be placed in your shopping cart, where you can then complete your purchase. Order to make your day a little easier by saving time and money. Enjoy experimenting with cooking or start your go-to recipe, and enjoy some Dover.