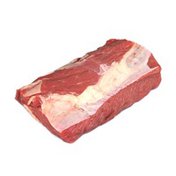 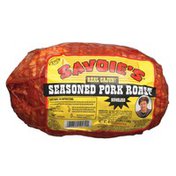 Capricola roasts are a type of dried Italian meat that comes from the area of the pig between the neck and the fifth rib of the pork shoulder. This tasty fare goes by several names, including coppa, capicolla, gabagool, and capocollo. In fact, the word "capo" means head, and "collo" means neck, which describes exactly from which part of the pig that capricola roasts originate.

This Italian meat is often confused with another type of cured pork called prosciutto. The only difference between these two types of popular deli meat is the location on the pig where the original pork is harvested. Capricola roast is from the shoulder and neck, whereas prosciutto comes from the pig's hips or thighs.

Capricola roasts are made from pigs that are at least eight months old and weigh around 300 pounds. They are typically raised in the south of Italy. What makes this roast so flavorful is the amount of fat it contains. With a fat ratio of 30 percent fat and 70 percent lean, capricola roasts end up being tender and moist once they're dried.

Capricola roasts are actually a creation of Greek origin. Between the 8th and 5th century B.C., Greek settlers made their home in the Magna Graecia, located along the southern coast of Italy. After they settled, they made it their home bringing with them Olympic Games, stuffed pork sausages, large-breed pigs, and of course, capricola roasts.

Buy your favorite capricola roasts online with Instacart. Order capricola roasts from local and national retailers near you and enjoy on-demand, contactless delivery or pickup within 2 hours.

While capricola roast is flavorful, there are many ways to serve and prepare this dried Italian meat. Because it's thinly sliced, it's perfect for making small rolled-up or folded snacks—wrap foods like dates, asparagus spears, or chunks of melon. You can also accentuate a standard dinner like pasta or pizza with capricola roasts. Dice it up small and sprinkle it over pizza or pasta dishes. Take a few thin slices and use them to make stuffed chicken breasts. One of the most popular ways to eat capricola roasts is served in sandwiches like Italian grinders, subs, and paninis.
Capricola roasts are not so much cooked as they are dried. This unique Italian pork undergoes a special production process. Producers begin with raw pork and season it with red or white wine and a variety of herbs, spices, and garlic. The meat is salted, stuffed in a natural casing, and dried by hanging it for six months. Some capricola roast producers rub the natural casing of the roast with hot paprika after it's been encased. Once dried, it is then smoked and sliced as thin as possible. The result is a delicately spiced yet slightly smoky Italian sliced pork.

Take advantage of the Instacart app the next time you want to use capricola roasts in one of your recipes. Simply open up the app on your mobile device or computer. Add capricola roasts to your cart, choose the delivery time of your choice, complete your purchase, and your capricola roasts will be on their way. Our Instacart shoppers will do the rest of the work for you and have your groceries delivered in as little as 2 hours! Save time and money with Instacart!