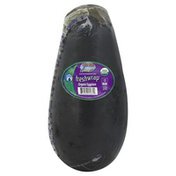 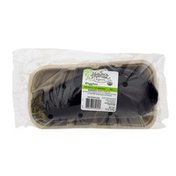 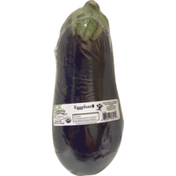 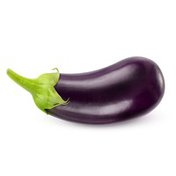 The black beauty eggplant is an egg-shaped, long fruit that is eaten in many countries for its thick and rich flavor. Production of the plant is higher in its countries of origin, China and India, and they grow best in temperate climates where there's warmer and humid weather.

The eggplant is mostly made out of water, with close to zero fat, but it also has few essential nutrients, with the exception of manganese. What makes the eggplant special is its ability to soak up other ingredients, so it's often cooked with sauces and fats.

Black beauty eggplant is used in different dishes throughout the world. Let's go over how different cuisines cook the eggplant to get an idea of how this fruit can be enjoyed at home.

Philippine cuisine: In this Southeast country, the eggplant is commonly used in soups and stews. Here, the fruit is grilled and eaten in a salad called Ensalada Talong or mixed with other vegetables like the Pinakbet dish. Rellenong Talong is a dish made with ground beef, seafood, and vegetables where the eggplant is pan-fried into an omelet.

Korean cuisine: In Korean cuisine, eggplants are eaten as side dishes or fried or steamed. A well-known dish is called Dureup-gaji-jeon, which is pan-fried eggplants and tree shoots.

Mediterranean cuisine: In Italian cuisine, we have Parmigiana di Melanzane (eggplant Parmesan), the French stewed vegetable ratatouille, and the Turkish traditional vegetarian dish Imam Bayıldı, made by stuffing the eggplant with garlic and tomatoes.

Middle Eastern cuisine: The Lebanese dish Baba Ghanoush is an appetizer made by mashing eggplants.

Indian cuisine: India used eggplants to a great extent. It's included in the lentil soup sambar, in chutney, the pickled dish Achaar, and slow-cooked Baingan Bharta, a combination of spices, tomatoes, onions, and mashed eggplant. In India, the eggplant is known as the king of vegetables for its versatility.

Eggplants originated from China and India, where they have been cultivated for thousands of years. The eggplant has also been a key vegetable in Italian and Spanish cuisine and was introduced in the early 1900s in the U.S. It's related to the new world plants of tomato, chili pepper, and potato, although the eggplant is from the old world.

The eggplant is used in many cuisines and is often used as a meat substitute in vegetarian and vegan dishes. The flesh, skin, and seeds are edible, and the plant can be steamed, baked, pickled, stewed, deep-fried, pan-fried, and stir-fried.

Given that the eggplant flesh is excellent in sucking up oils and flavors, it is a fruit cooked in many cuisines. If eaten raw, the eggplant is bitter with an unpleasant texture, but it has a rich flavor once it's cooked. Those who cook it usually remove the bitterness of the eggplant by rinsing, draining, and salting the flesh. Just slice the eggplant in rings, then sprinkle coarse salt on the flesh, leave for about 30 minutes so that the solanine is removed by releasing water, and remove excess with a napkin.

Black Beauty Eggplant Near Me

If you're thinking of buying some fresh black beauty eggplant to include in your meal, head to the Instacart app to order some in the vegetable section and place them in your cart. Once you select the vegetables you want, complete your purchase, and an Instacart shopper will head to the store to pick out your items. Order to make your day a little easier, and we'll aim to get your groceries delivered the same day!