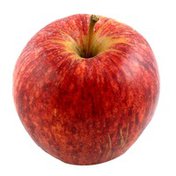 Suntan apples are a unique type of apple that is a favorite among those looking for a rich-flavored bite. They are a later-ripening apple and are typically ready in late October. You'll find that these medium-sized apples have a gold-yellow outer skin covered with orange-red stripes. Suntan apples result from a cross between two other popularly strong-flavored varieties, the Cox's Orange Pippin and Court Pendu Plat.

Suntan apples originated from Kent, England, in 1956. In 1999, the Suntan apple received the Award of Garden Merit by the Royal Horticultural Society. The interior flesh of the apple is a cream-yellow color that is crisp and coarse while packing a punch of acidic flavor. While the Suntan apple is appealing to many for its rich taste, it requires more care to grow organically than other varieties. The apple is prone to diseases, including powdery mildew and canker. But its distinct flavor is worth the effort.

Suntan apples present quite a sharp taste when first picked. You may not know precisely when the apples you are purchasing were picked, but leaving them in the refrigerator for a few days or even up to 4 months will help the flavor to mellow. As long as the fruit has kept its brightly colored exterior, you can be confident in a crisp, robust-tasting apple.

Suntan Apple Near Me

Buy your favorite suntan apple online with Instacart. Order suntan apple from local and national retailers near you and enjoy on-demand, contactless delivery or pickup within 2 hours.

Yes, Suntan apples and other apple varieties can help to reduce the risk of cancer. Their high levels of phytochemicals include some powerful antioxidants. Some of the antioxidants found in Suntan apples include catechin, quercetin, chlorogenic acid, and phloridzin. When in the body, these chemicals create an environment that helps to retard the formation of cancer cells. Eating Suntan apples is not only nutritious but also good for your health.
Yes, Suntan apples may decrease an individual's risk of contracting diabetes. Eating the skin of apples has been shown to lower the risk of type 2 diabetes. The reduced risk is partially due to a chemical called quercetin, which is present in high amounts in the skins of apples. Quercetin is also an element that can help fight the signs of aging and may enhance exercise performance. Specifically, quercetin can help increase endurance during lengthy periods of exercise.
Yes, Suntan apples may help you lose weight. A study of 400 women in Brazil found that apple consumption aided weight loss over 12 weeks. Researchers also found that apples outperform oats in helping women shed pounds. The study also revealed that apple consumption assisted in lowering participants' blood glucose levels.

Due to their relatively low calorie count, Suntan apples can also aid in weight loss by helping you feel fuller during a meal. Adding a Suntan apple partway through dinner can make you feel more satiated, eliminating the urge for a calorie-rich dessert.

With delivery available in as little as 2 hours, Instacart makes shopping for your favorite Suntan apples easier than before! Save time when you shop for Suntan apples via Instacart today.