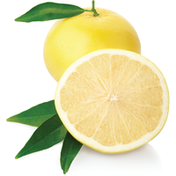 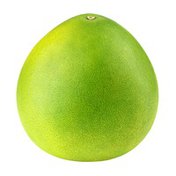 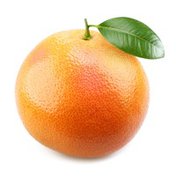 The Instacart guide to Melogold

Melogold is a citrus fruit hybrid between grapefruit and pomelo. The pomelo is the main ancestor of the grapefruit and is originally from Southeast Asia, and the grapefruit is a hybrid of the pomelo originating in Barbados. Melogold was created to have something similar to grapefruit but with less acidity and bitterness. Since the illegal importation of citrus varieties were causing bacterial diseases on trees from California, Texas, and Florida, scientists began to create local hybrids.

In 1958, Doctors James Cameron and Robert Soost from the University of California, Riverside, crossed with a tetraploid grapefruit and found two of the offspring to have attractive characteristics. One was named Oroblanco, and the other Melogold. Melogold was more similar to pomelo and was released in 1986.

The Melogold has a thinner yellowish-green skin that once mature turns bright yellow, and it has a pale yellow flesh with a sweet and tart flavor. It is very juicy and has almost no seeds, so there's not a lot of work to prepare it for eating. It is a California fruit that was created to get the best of citrus and sweet worlds, as well as adapt to the local climate of the state. Thanks to science, a near-ideal citrus fruit was created.

Melogold is available for harvest from winter to early spring and is preferred by growers for holding well on the tree and being a productive fruit. In fact, it was a part of breeding experiments to create citrus varieties that would hold well in California's warmer climate. Melogold's fruit holds on the tree without falling prematurely even if there are weather changes.

Even if this citrus variety was created to adapt to California and have a local variety in the U.S., Melogold became a popular citrus in Japan and Korea for New Years'. It is sweet enough for most people to enjoy and has plenty of juice.

Melogold is best consumed straight out of the peel. The fruit has a lot of juice in it and is a bitter-sweet combination that is quite refreshing during warmer months. You can add lemon juice, chili powder, honey, salt, or sugar to add another layer of flavor. The fruit can be cut to make fruit salads, be part of appetizers, and fruit bowls.

It can also be blended into a fruit juice, cocktails, or be part of a smoothie. Melogold is just sweet enough to be a topping for ice cream, yogurts, and cereal, as well as desserts like cakes, puddings, and muffins. Sorbets and granitas are another way to enjoy Melogold's sweet and tart flavor.

Buy your favorite melogold online with Instacart. Order melogold from local and national retailers near you and enjoy on-demand, contactless delivery or pickup within 2 hours.

Being a citrus, Melogold has lots of vitamin C, which is an antioxidant that strengthens the immune system. They also contain plenty of fiber in order to aid regular digestion. Other nutrients include zinc, iron, copper, magnesium, and potassium.
Add sugar, regular cream, grapefruit juice, grated zest of grapefruit, and a pinch of salt and whisk together. Pour in a freezable container that can be closed. Freeze the container overnight and enjoy the next day. This ice cream can be topped with other fruits like berries, some honey, or granola.
Melogold has a short harvest season running from January, February, and March, so if you find them in the stores, these are the months they are most likely going to be available. This citrus is not as easy to find in the grocery stores as the grapefruit, so if you are able to head to a local market and find them, they are more than likely in season.

Use the Instacart app to order some fresh Melogold to have as a snack. Just pick out what you want to fill your cart and complete your purchase. An Instacart shopper will head to the grocery store for you and get what you ordered so you can save time. We'll do our best to get your groceries delivered the same day!