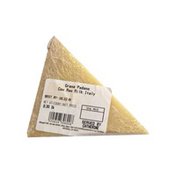 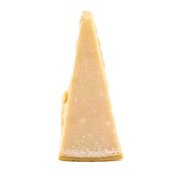 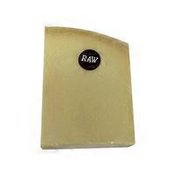 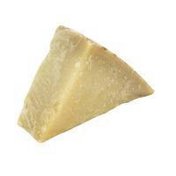 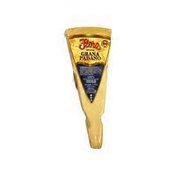 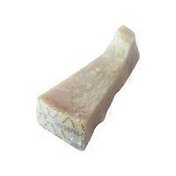 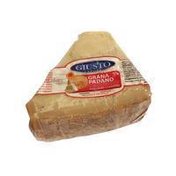 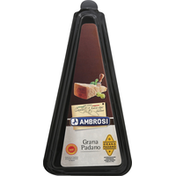 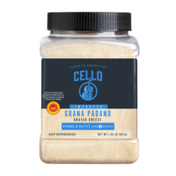 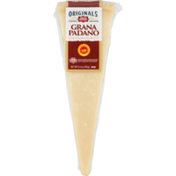 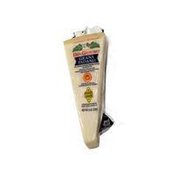 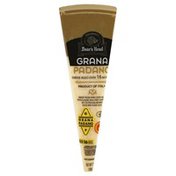 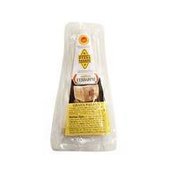 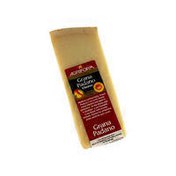 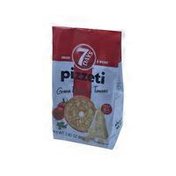 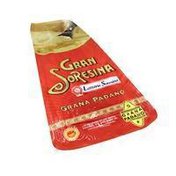 Cheese is one of life's culinary pleasures. It comes in many so different varieties from producers worldwide, appealing to different tastes with unique flavors that will keep you coming back for more. Italy is renowned for its cheese-making prowess. According to some estimates, the country produces more than 1,000 varieties. One of the best-known varieties that you can find while shopping on Instacart is Grana Padano.

Grana Padano is often compared to Parmigiano-Reggiano, as both kinds of cheese are made in a similar way from the same cheese-making region in Italy. In Italian, Grana means "grainy," which makes sense, since once cut by a knife, Grana Padano tends to crumble.

Grana Padano traces its origins to 12th-century monks in the Po River Valley region of northeast Italy, south of Milan. The cheese is still made there to specifications carefully overseen by the Italian government. High in protein and low in carbs, one serving of 100 grams of Grana Padano includes about 400 calories and 29 grams of fat. The cheese is high in vitamin A, vitamin E, and Pantothenic acid.

Grana Padano is a versatile cheese that can be enjoyed in a variety of ways. If served as a snack during cocktail happy hour as a snack, the cheese is commonly paired with a white wine or Zinfandel glass. If you prefer beer, try Grana Padano with a pint of brown ale, cream ale, or porter. You can also use Grana Padano in various recipes for starter dishes, entrees and main dishes, and side dishes. Grana Padano can also be integrated into dessert recipes or even breakfast meals such as Grana Padano pancakes.

Grana Padano is made from raw, unpasteurized cow's milk. It is typically fully aged after about two years, but can also be packaged, sold, and eaten after a shorter period. The flavor of the cheese has been described consistently as savory, sweet, and fruity, as well as "pungent."

The cheese is formed into wheels that, when fully aged, will be between 14 and 18 inches in diameter, and 6 to 7 inches in height. Full wheels weigh between 50 and 90 pounds. During the aging process, Grana Padano develops a thick yellowish rind that serves as a protective outer shell. The cheese presents with a hard texture, but you will see it begin to fracture into slivers once you begin cutting.

Grana Padano Near Me

Buy your favorite grana padano online with Instacart. Order grana padano from local and national retailers near you and enjoy on-demand, contactless delivery or pickup within 2 hours.

Grana Padano and Parmigiano-Reggiano are typically mentioned together. While they do have similar qualities, they are not technically in the same family — especially because purists consider Parmigiano-Reggiano to be the only "true" parmesan cheese. Both kinds of cheese come in roughly the same size, shape, and weight, and both are produced from the same region of Italy — the  Po River Valley region near Milan. But Grana Padano is aged for a shorter period of time than Parmigiano-Reggiano, is made with milk that is lower in fat and contains a preservative.
Grana Padano is produced under specific Italian and European Commission standards. Every wheel that is sold into the international marketplace must carry origin marks. If those marks are missing, then the cheese is likely not Grana Padano. This is true even if the cheese is broken up into smaller portions for sale.

In a supermarket or specialty cheese store that has full wheels of Grana Padano for sale, examine the packaging. Manufacturers stamp Grana Padano cheeses with a distinct four-leaf clover. That mark includes initials that signify the province where it is made and the dairy's registration number. Also, look for the official Grana Padano branding, imprinted into the cheese's rind with a fire brand.

Order Grana Padano and other favorite cheeses via Instacart, using the Instacart app. Your Instacart shopper can help save you time during the day with same-day delivery!