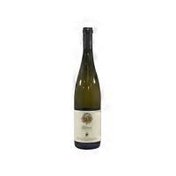 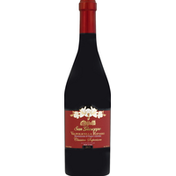 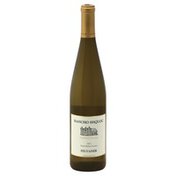 The Instacart guide to Sylvaner

The Sylvaner white grape originated in Central Europe as the progeny of the Austrian Österreichisch Weiss and the northern Italian Traminer. While this white grape migrated from Austria to Germany during the Middle Ages, today, it grows in the French Alsace region. During the early 20th century, Sylvaner, also known as Silvaner, was Germany's most popular white wine variety. Today, it accounts for about 5% of the country's white wine vineyards. This small percentage may result from decreased promotion compared to other German and French varieties, such as Riesling and Pinot Blanc.

The largest planting of Sylvaner is in Rheinhessen, west of Frankfurt, as well as in two of the region's top Sylvaner producers, Wittmann and Schätzel. The white wine produced here is brisk and fresh, similar to a Sauvignon Blanc. In the southwest corner of Germany, Baden delivers remarkable Sylvaner wines, as does the Franken region. These grapes are considered a specialty of the area and produce what many claim to be the best wines worldwide. Dry and full-bodied, Franken Sylvaner comes in a unique flat, wide bottle called a bocksbeutel.

Sylvaner wines produced in Alsace have a different character and finish. They are richer tasting with notes of honey and melon. This European white wine variety of grape also calls home to Austria, Switzerland, Croatia, Slovakia, and Romania.

Sylvaner wines are radiant and refreshing, and they are the ideal beverage to sip during a summer evening with friends. When it comes to pairing with foods, this light yet slightly bitter wine works well with various salads, tapas, shellfish, and grilled fish. Since it holds a more delicate structure, Sylvaner should not be paired with bolder flavors. Vegetables of all types, particularly asparagus, are a great companion to Sylvaner.

Buy your favorite sylvaner online with Instacart. Order sylvaner from local and national retailers near you and enjoy on-demand, contactless delivery or pickup within 2 hours.

Sylvaner is known by many different names, such as Silvaner, Grüner Silvaner, Sylvaner Verde, Johannisberg, Gros Rhin, Sylvánské Zelené, and Zeleni Silvanec.
One misconception about wine suggests that the longer the wine is aged, the better it must be. This point is not necessarily true for all wines. Many people who drink wine at a young age, anywhere from 12-18 months after production, say they absolutely enjoy the taste.

However, several types of wine taste better with age. The key is to know which wines improve the older they get and which types are better during the first 2 years after harvest. In general, red wines and wines with more tannin will benefit from aging for years in a wine cellar. If you enjoy fruity wines with very little tannin, allowing this wine to sit in a cellar for years will not necessarily improve its flavor.

Did you know that you can have your favorite Sylvaner wine delivered to your front door? The Instacart app makes online grocery shopping simple and easy. Add your wine to the cart, choose a delivery date and time, complete your purchase, and let an Instacart shopper do the rest. In as little as 2 hours, you can have your favorite wine chilling in the refrigerator, all through the convenience of Instacart!