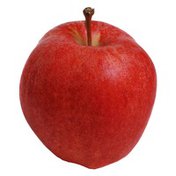 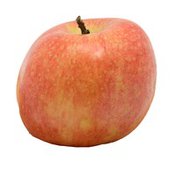 The Instacart guide to York apples

In 1820, Quaker farmer Jonathan Jessup took grafts from a tree at neighboring John Kline's farm near York, Pennsylvania, and brought them to his Springwood Farm, where he developed the York apple. It quickly became famous for its dense, crisp texture, sweet flavor, and ability to keep better than other apples.

Originally this cultivar became known as Jonathan's Fine Winter after Jessop, yet some credit John Kline for finding the apples and bringing them to Jessop. It was Jessop who continued to develop the York apple that eventually earned it such fame. In the 1850s, Andrew Jackson Downing named the York "the imperial keeper" for its storage ability, which is why it's also known as the York Imperial.

Jessop was responsible for bringing the York apple to orchards in Baltimore and Virginia, where it still thrives. The York apple has given birth to many varieties, including four sport varieties: Commander York, Ramey York, Red Yorking, and Yorking apples.

The York apple has an intense sweet and tart taste with firm flesh and a distinctive lop-sided shape. It has a deep red color with green streaks and can present with slight russet. The versatility of the York apple stems from its crunchy texture and ability to sweeten over time. These two features allow the York apple to hold up during cooking and enjoy extended cold storage that only improves the flavor. You'll find the York apple in grocery stores during prime apple season from September to February. The popularity of the York apple earned it a top ten variety in the United States.

York apples are delicious as a fresh snack. Their sweet, crunchy texture lends well to baking them in pies or using them in other desserts like apple crumble. Thinly sliced, the York apple makes a great addition to your favorite salad.

York Apple Near Me

Buy your favorite york apple online with Instacart. Order york apple from local and national retailers near you and enjoy on-demand, contactless delivery or pickup within 2 hours.

Yes, York apples are rich in vitamins and minerals and contain antioxidants and other phytonutrients with wide-ranging health benefits. Scientists believe the nutrients within apples can help prevent certain types of cancer and other diseases, improve heart health and blood vessel function, and fight inflammatory conditions.
Yes, not only can you eat the skin, but it's good for you, too. Studies show that eating an apple with the skin provides 50% more nutrients than eating the flesh alone. However, you should thoroughly wash your apples before eating them to remove any dirt, debris, or other substances added during cultivation.
Apples naturally produce a thin, wax-like film that protects the fruit against moisture loss and insects. This milky-white coating wipes off easily with a clean towel and will restore the lustrous shine of the York. Some farmers add a synthetic coat of wax after harvest to protect the apple from bruising during storage and shipping and against other bio-intrusive intrusions. Plant-based compounds are typically used for these secondary waxes, though some farmers still use synthetic polymers or petroleum products. Either way, you should wash these waxes off before eating.