Filet of Sirloin Delivery or Pickup 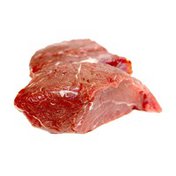 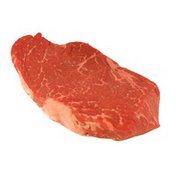 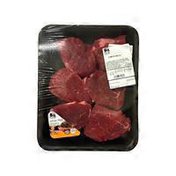 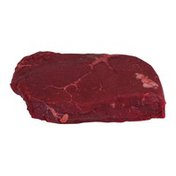 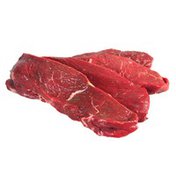 The Instacart guide to filet of sirloin products

About filet of sirloin

When it comes to choosing the right beef for your meal, the overwhelming variety of cuts can be a little intimidating for the average consumer. Steaks, roasts, ribs, and shanks are all cuts of beef that you'll typically find on the shelves of your local grocer's meat department. Selecting the right cut will depend on what you plan to do with your meat.

A filet of sirloin is cut from close to the rear of the cow. It's a popular choice that you'll often find served in restaurants. You should also have no trouble finding this cut at your favorite grocery store. Filet is a word that comes from a French term for a solid piece of meat, and sirloin indicates where the meat is cut off of the side of beef. The sirloin is separated into two parts: top sirloin and bottom sirloin. Tenderloin is also cut from the sirloin and shouldn't be mistaken for filet of sirloin.

Those looking for a lean cut of beef will appreciate the low fat content and lack of sinew found in the filet of sirloin, which is a muscular part from the top portion of the bottom part of the sirloin. It's a smaller cut of meat that you can prepare and eat independently or cut up and add in with other ingredients. Filet of sirloin is usually cut to a thickness of between 1.5 and 2 inches. You'll enjoy its wonderful and hearty beef flavor and find that it's easy to prepare.

Filet of sirloin is smaller than some of its other steak counterparts. It has a rounded shape and no bone. You'll notice that this steak is also free of veins of fat, which contributes to its leanness. It has a nice red color and shouldn't be overcooked, as this will make the steak tough. Filet of sirloin is high in protein, contributing 52% of the daily recommended amount for the average diet.

In addition, this steak isn't high in calories, at just 140 calories per serving. It's also a good source of zinc and provides 15% of the daily recommended amount of iron. Have an Instacart shopper pick out some nice filet of sirloin for your next family meal!

Consider using the Instacart app to order your filet of sirloin. It's a great way to save time and get all the foods you love. Place your order, and in as little as 2 hours, you can be cooking up some delicious filet of sirloin just the way you like it!

Filet of Sirloin Near Me

Buy your favorite filet of sirloin online with Instacart. Order filet of sirloin from local and national retailers near you and enjoy on-demand, contactless delivery or pickup within 2 hours.

FAQs About Filet of Sirloin

Sometimes the meat cut you want to buy isn't available for a variety of reasons. If this happens when ordering filet of sirloin, you have a few substitute options. Filet mignon is similar to filet of sirloin since it's also a lean, round cut. However, this option is a little more expensive. Other options that come with a slightly higher price tag are rib-eye and New York strip steaks, which share the juicy quality of filet of sirloin but have a little more fat. If you want a less expensive substitute, opt for either round steak or flank steak.